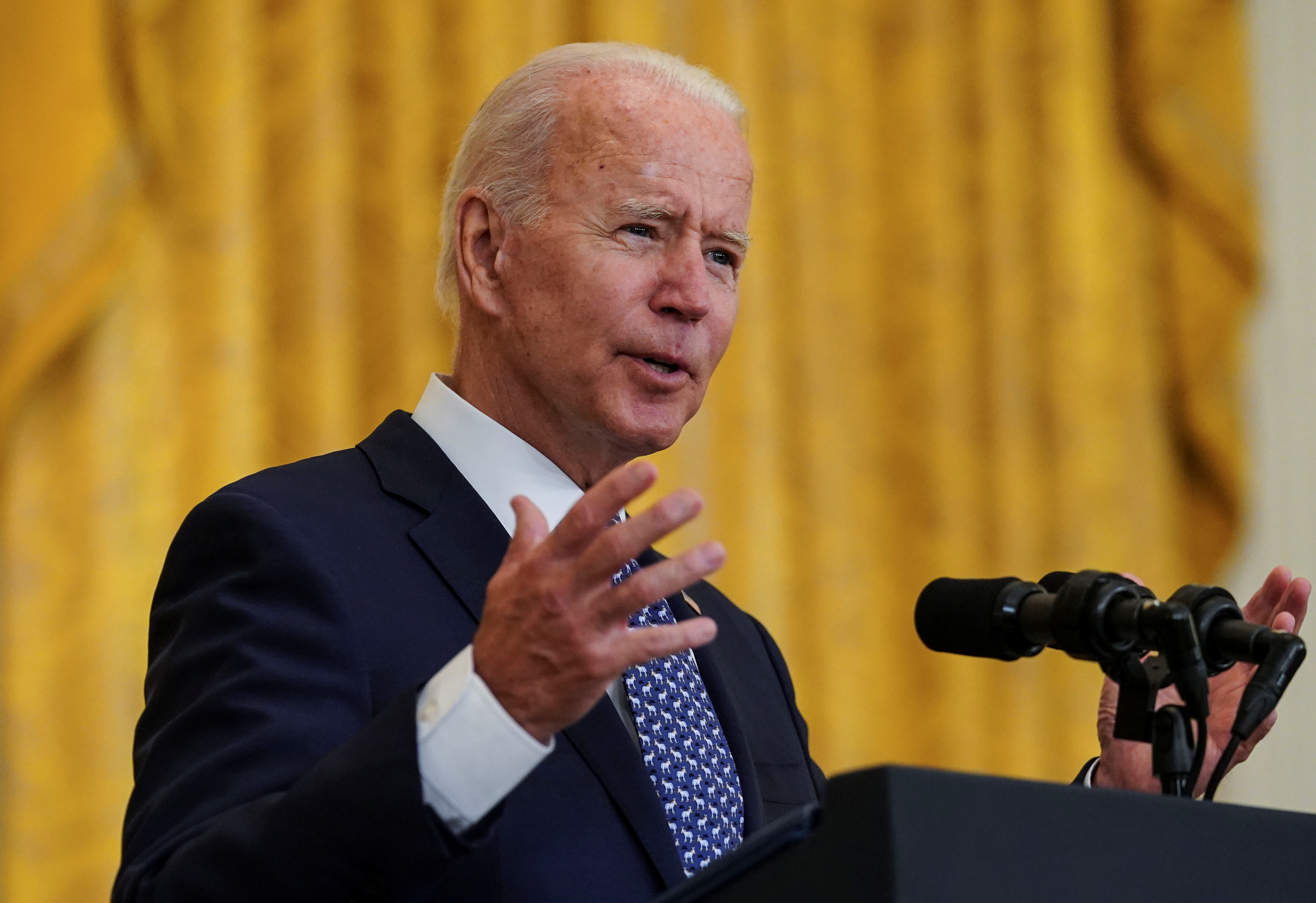 The new measures, which Biden laid out in remarks from the White House, would apply to about two-thirds of all U.S. employees, those who work for businesses with more than 100 workers.

“We’ve been patient,” Biden told the millions of Americans who have declined to get coronavirus shots. “But our patience is wearing thin, and your refusal has cost all of us.”

Taken together, the policies and speech represented Biden’s most aggressive steps yet to prod Americans resistant to getting shots amid a surge in COVID-19 cases from the fast-spreading Delta variant.

The surge has posed increased risk not just to the country but also to a president who ran on promises to get control over the virus and who earlier this year said the country was “closer than ever to declaring our independence from a deadly virus.”

Despite a full-throttled campaign by the Biden administration urging all eligible Americans to get the free vaccines, just over 53% of Americans are fully vaccinated, according to data from the U.S. Centers for Disease Control and Prevention (CDC).

On Thursday, Biden warned that “we’re in a tough stretch and it could last for a while.”

Under Biden’s plan, the administration will also require vaccinations for more than 17 million healthcare workers at hospitals and other institutions that participate in Medicare and Medicaid social programs for poor, disabled and older Americans, senior administration officials said

The new vaccination requirements cover about 100 million workers, or about two-thirds of all workers in the United States, officials said.

The plan is likely to face legal challenges, and was immediately disparaged by Biden’s Republican opposition. It could be months before the mandates’ impact is felt.

Previously Biden, a Democrat, required federal employees be vaccinated or get tested. Now federal workers have 75 days to get vaccinated, or face termination unless they fall into limited exemption categories

The U.S. Labor Department’s Occupational Safety and Health Administration (OSHA) will issue its rule for private companies to require vaccines or tests in coming weeks. OSHA plans to take enforcement actions against those that did not comply, with substantial fines of nearly $14,000 per violation.

The medical work requirement will be implemented through a health agency rule that it plans to issue in October.

The administration also plans to ramp up testing capacity for the virus.

Biden will use his authority under the Defense Production Act to spur industry to accelerate production of the tests, and big retailers including Walmart (WMT.N), Amazon.com and Kroger(KR.N) will sell the tests at cost for the next three months to make them more affordable, the officials said.

Critics have said the Biden administration has not done enough on testing during its seven months in office.

The full recovery of the U.S economy depends on blunting the spread of the virus, which is a key health and political goal of the president, who entered the White House in January.

Delta Bans 1,600 Flyers, Wants Other Carriers To Do The Same

A student athlete’s TikTok went viral after he developed myocarditis from the vaccine. Here’s what experts want you to know.

You may have missed

Delta Bans 1,600 Flyers, Wants Other Carriers To Do The Same

A student athlete’s TikTok went viral after he developed myocarditis from the vaccine. Here’s what experts want you to know.

The number of new community cases of Covid-19 in New Zealand has dropped to single figures for the first time in weeks, with nine new cases, the Ministry of Health has reported.